Want to be the first to know about the next blog post? 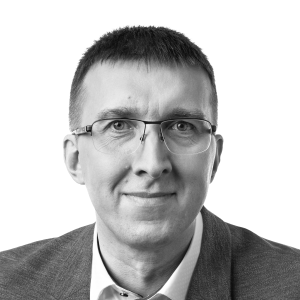 What Most Leaders Are Getting Wrong About Empathy, And Why That’s Dangerous In Times Of Change: Part 1

The number one problem stopping managers from acting effectively in times of change is – empathy! No, hear us out…

That sub-heading sounds like a ‘Randian’ or even sociopathic call to not care about others. It really isn’t, and here’s why.

Most leaders, managers, and coaches think of empathy as a vital and necessary thing in a human being, and essential in performing their role – which it is.

The problem is that their understanding of empathy is incomplete, and so it leaves them vulnerable to over-identifying with the people they lead – or else the fear of over-identifying causes them to disconnect emotionally altogether.

Neither option is good for the wellbeing and development of the people being led, or for the effectiveness of the organization.

It’s not that they are showing ‘too much’ or ‘too little’ empathy, so much as that their definition of empathy has something lacking.

Let’s look at what’s missing in how most people think of empathy, some examples of how it plays out, and what we can do about it.

The word ‘empathy’ as used today is relatively new, appearing in English only at the beginning of the 20th century – as a translation of the German ‘Einfühlung’ (ein = ‘in’, fühlung = feeling), a term from aesthetics describing the ability to appreciate a work of art by projecting one’s personality into the viewed object.

Only towards the middle of the 20th century did it start to expand from art appreciation to psychology, coming to mean “The ability to understand and appreciate another person’s feelings, experience, etc.,” (OED).

In everyday speech, ’empathy’ is often associated or even used synonymously with older words like sympathy, pity, and compassion – so like most abstractions, it can mean slightly different things to different people. It’s what philosophers call an “open-textured concept”.

More technical, psychological definitions of empathy usually include one or both of two components: ‘cognitive empathy’, which is the ability to recognize and understand another’s emotional state, and ‘affective’ or ‘emotional empathy’, which is actually vicariously feeling their emotions.

These are two separate processes, to some extent activating different brain areas.

Cognitive empathy is largely a conscious process, involving a deliberate attempt to view things from the other person’s perspective. To be curious about other persons in-the moment experience.

Emotional empathy is more automatic, involving mirror neurons and the limbic system (the ‘emotion centre’ of the brain) to simulate or vicariously feel what another person is feeling. It’s how ‘emotional contagion’ – ‘catching’ emotions from another person – works.

But are these components of empathy, either separately or together, enough for empathy to always be a good thing for a leader?

Cognitive empathy – the ability to put yourself in another person’s shoes – is an essential skill for a leader if they are not to be blindsided by unexpected responses to their proposals, orders, requests, or even behaviour.

There are two ways that cognitive empathy can go wrong: one of course is where the leader has misread the emotional state and intentions behind the other person’s behaviour, most usually because they have just projected what they would do in the other person’s situation (this habit is sometimes known as “pseudo-empathy”), forgetting that people have different beliefs, preferences, values and behavioural repertoires.

Remembering that confirmation bias is a universal human characteristic, once we start believing we know for sure what someone is feeling and why they are acting the way they are, that belief starts to generate its own ‘evidence’, and we build up a ‘story’ to explain the other person’s behaviour that makes sense to us but may be quite inaccurate.

There are two ways you can guard against this cognitive distortion (often known as “mind reading”).

Another failure, or rather misuse, of cognitive empathy, is when someone uses their intellectual understanding of what another person is thinking or feeling to fake empathy for them, with the aim of manipulating them.

There are lots of examples of this manipulative perspective-taking in popular psychology articles about how to handle narcissists.

Emotional empathy or ‘emotional contagion’ is essentially an involuntary process. For most of us, most of the time, it gives us vital information about how someone else is feeling (and hence how they might react), enabling us to achieve rapport with them much more easily.

The problem comes when we feel too much of the other person’s emotion, and we believe we don’t have control of it.

In that situation we would feel like other people, intentionally or not, are in control of how we feel, because there are no boundaries between their feelings and ours.

It could work the other way too – we feel responsible for how they feel, so any time they feel bad, we blame ourselves.

This lack of boundaries underlies a thousand articles in magazines and on the web about ‘empaths’ (people whose experience is that they are too sensitive to other people’s emotions), and ‘energy vampires’.

It can also lead to ‘burnout’, not just in therapists, counsellors, and coaches, but in managers who over-identify with the people reporting to them.

Most people would think of these problems as resulting from ‘too much’ empathy. In fact, they happen when the person’s idea of empathy has something missing.

The Missing Component Of Empathy

The philosopher Amy Coplan draws a distinction between “pseudo-empathy” (projecting yourself into another person’s situation), emotional contagion, and what she calls “real empathy”.

Real empathy only happens when three factors are present:

If a person loses sight of this boundary we have the all too common phenomenon of “fusion”, where it seems like I am responsible for the other person’s emotions and/or they are responsible for mine.

Real empathy depends on this self-other differentiation, certainly in the world of work. It will prevent emotional burnout in caring professions, keep working relationships on an appropriate level, and prevent the errors that come both from ‘fusion’ (being too closely involved with the emotions of others) and ‘detachment’ (keeping an excessive emotional distance, often through fear of getting sucked into fusion if you go any closer).

Practical tips for enhancing empathy and freeing yourself from ‘fusion’

Want to learn more about empathy?

Elar Killumets will be hosting a free webinar with dr. Gervase Bushe, probably the most practical management guru, where you can learn more about empathy, pseudo-empathy, about how empathy is often a disguise for anxiety (and how to recognise when this is happening from language and behaviour), and what to do about it.

This article is strongly influenced by the concepts in the excellent book Clear Leadership: Sustaining Real Collaboration and Partnership at Work by Gervase Bushe. Highly recommended!

In the next blog post we will look at how empathy is often a disguise for anxiety, how to recognise when this is happening from language and behaviour, and what to do about it.

Elar Killumets is an organizational development mentor, change management consultant and leadership trainer with a strong academic research background. His main job is helping business leaders operate in uncertainty and implement organizational change. Elar’s range of topics is very wide. In his development and consulting projects, the focus is usually on the entire organization, focusing on the most important management processes that affect performance. Elar is an expert in addressing broader strategic issues (eg changing organizational culture, increasing organizational adaptability and flexibility, etc.) as well as more tactical challenges (eg eliminating the negative effects of silos, aligning the performance management system with strategic goals, etc).

Want to keep up with new posts?

We’ll send you a few times in a month high-quality updates on new blog posts and exciting events.

What Most Leaders Are Getting Wrong About Empathy, And Why That’s Dangerous In Times Of Change: Part 1

Corona-crisis: How to support your people in times of extreme uncertainty